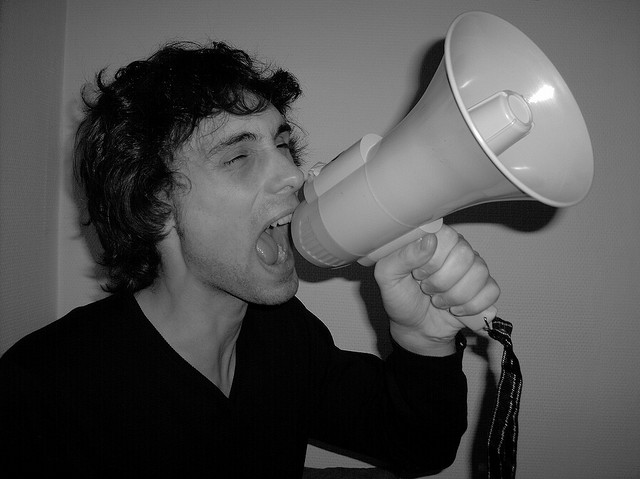 Let me tell you the story of why you are here, why you do what you do and why you will save us all. Friends and allies, we are on a mission.
The enemy is destroying our land. For too long have we stood by and let our brothers and sisters fall victim for the oppression of the tyrant <insert main competitor>. This beast has put his claws into innocent people all over the world and for too long has he ruled the world. But fear not. This beast is not a god. He can be hurt and even slayed.

The beast rely on his followers. We will free these followers one by one from his iron grip and bring them into the light. It has already begun. The first person to go free is Annie Appleseed. Annie is <insert target customer age> years old, <insert occupation> by trade and has a passion for overcoming <insert customer problem>.

We have given her the tools she needs to shine. Annie long walked in the shadows of doubt, thinking she would never be more than a peasant, never destined for greatness. We reached out to Annie through <insert primary marketing channel> and solved her agony with <insert your USP>. Annie rose and now stand tall. She donates <insert LTV> gold to help our cause as long as we stay true to our word.

Annie is just the first wave. Many more will join in but be careful brothers and sisters. The beast does not like rebellions. He will retaliate with furious anger and great force. Only by sticking true to our main advantage will we succeed: <insert competitive edge>. This is why the people will follow us.

We cannot do this alone. We are seeking allies in every corner of the world that will help us spread the message of salvation. We are forming a companionship with <key growth partner> to help us out. Even though they see the light their help will not come cheap. Fortunately we have received intel on that they need <insert partner benefit>, which we can provide.

Brothers and sisters. It’s time to pick up our weapons of salvation and free this land!
It will be a journey of blood sweat and tears, but in the end we will harvest the riches of our work and bring prosperity to our world. 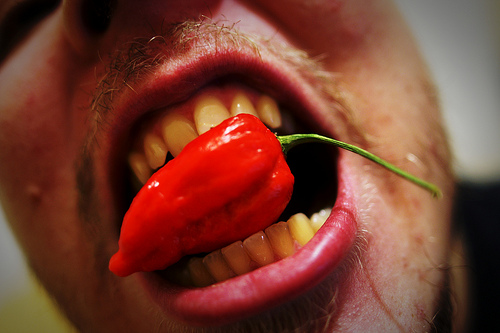 So what do you? You are helping another human being to be really great at something! (I’ve touched on the subject before) I’v been planning to write this post for a while, and now I will dig into practical advice on how to maintain true customer centric product development, and how to explore: “purpose”.

This is no revolutionary new idea, but it is really hard to do. In my experience a company has a Product manager or Creative director that is responsible for knowing what kind of features the software developers should be working on, based on customer needs (hopefully). It’s usually the features that is the main topic of discussion at the company meetings – how they should work and what constraints we need to consider (yeah, we do it at Osom too). Nothing wrong with that, except when the features loose touch of purpose.

So how can we make sure all product development is actually making the user kick ass at something?

The Scrum methodology deals with purpose somewhat by stating a user story with a clear business reason. The user story is usually described like “As a X, I want to accomplish Y, with business reason Z”.
Example: As a customer I want to list all my previous orders so I can print them for my accountant. This story is fine and the featured needed is fairly easy to estimate by a dev. The problem here is that it mostly describes activity and not purpose. We need another layer before this that evaluates that this is actually the best way to solve the customers problem.

The User Pain Story: My accountant hates me because he has to wait for me every month to get a summary of our expenses and I don’t have the time to give it to him.

Suddenly there are lots of ways we can solve this pain story! We could get the accountant access to the previous orders listing or send him an automated monthly email with all the information he needs.

The pain stories are crucial to being a product manager. You don’t need to discuss pain stories in company wide meetings but you need to reflect on them personally or within a small group of product managers. You should gather information by talking to customers, doing user testing and comparing your product with competitors. With this intel you can formalise the vision of the product and develop KPI’s that makes sense to monitor your progress. The pain stories will help you determine the best cure for a customer problem, from a range of options.

Note that pains are rarely expressed explicitly by a user. You need to dig deep to find what is bothering them. A root cause analysis can take you pretty far when you talk to a customer.

Watching a user using your product and listening to them is the best way to collect valuable intel.

Most well designed tools come from a developer’s understanding of the user’s pain and she therefore accepts the reason why a feature is proposed by the product manager. By using the Pain story as an example you will get a solid feature foundation and more clear discussions around a feature. 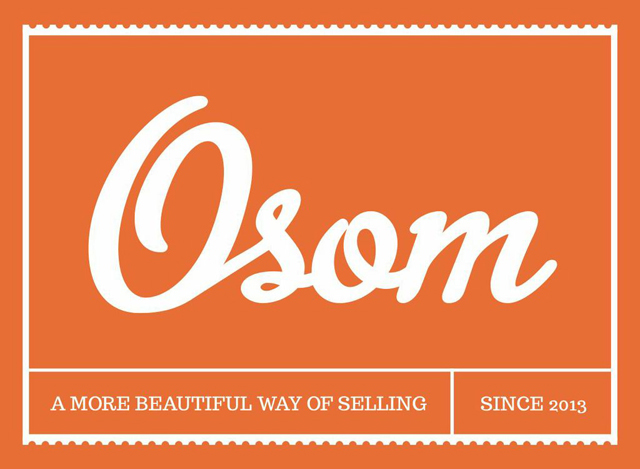 Här är Calacanis punkter sammanfattat. Under varje punkt döljer sig många handfasta tips:
1. Be the brand
2. Be everywhere
3. Always pick up the check–always
4. Be a human being
5. How to bond with a journalist
6. How a CEO should e-mail a journalist
7. How a CEO should speak to a journalist
8. Invite people to ”swing by” your office
9. Attach your brand to a movement
10. Embrace small media outlets

”be amazing, be everywhere, be real” är hans valspråk.